In late 2010, I accompanied journalists Sarah Stuteville and Alex Stonehill on a reporting trip to Iraqi Kurdistan and Syria to document for my next book, ROLLING BLACKOUTS. We were in Sulaymaniyah, a city in northern Iraq, because Sarah and Alex (founding members of the journalism collective and website the Seattle Globalist) were working on a documentary about an Iraqi Kurd named Sam Malkandi. Sam’s story of fleeing Iraq during the Iraq-Iran war, coming to the US as a refugee with his family, and then being deported on charges related to a 9/11 terrorist is fascinating but I will not go into it in depth in this comic. For that you’ll have to either wait until Rolling Blackouts comes out in 2015 or seek out the amazing award winning film that resulted from the work of the Seattle Globalist: BARZAN.

This comic is something of a deleted scene from Rolling Blackouts, a further look into the recent history of the Kurdish people of Iraq. It began as a 24 hour comic and was later refined and edited and was published both by the Seattle Globalist and Symbolia Magazine. 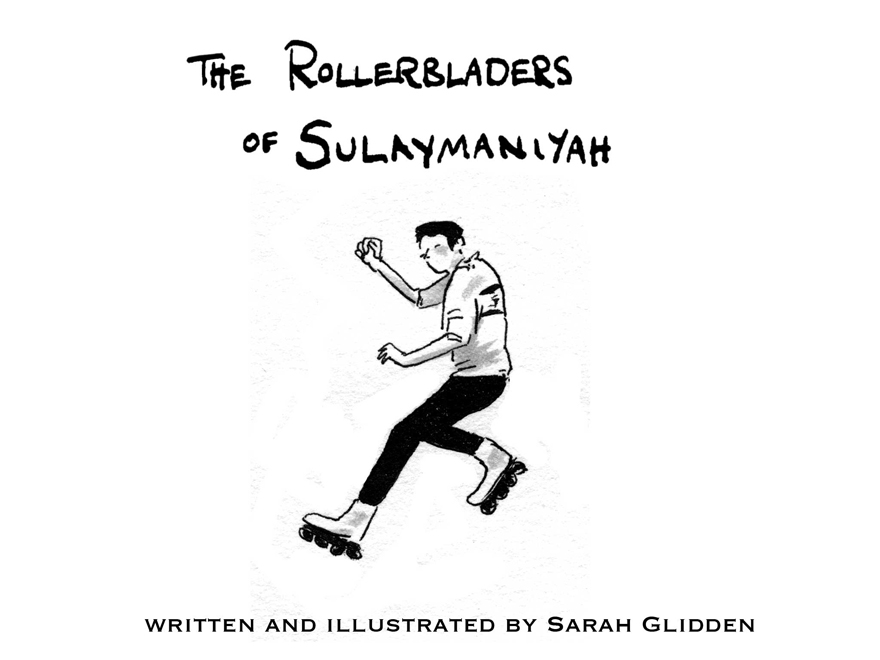 2 thoughts on “the Roller-Bladers of Suleimaniya”