So this is the big news I’ve been sitting on for over a month: awesome Canadian publisher Drawn and Quarterly will be putting out Rolling Blackouts in 2016!

Drawn and Quarterly is the publisher I didn’t even dare dream of working with when I started making comics, so I couldn’t be more excited to work with them on my follow up to How to Understand Israel in 60 Days or Less.

The idea behind Rolling Blackouts was fairly simple. Some friends of mine formed a non-profit, multimedia journalism collective at around the same time that I started making comics, back in 2006. Originally called the Common Language Project and now known as the Seattle Globalist, they work locally and also do some large scale international reporting projects which focus on underreported issues such as the water scarcity in east Africa or education in northern Pakistan. I loved their work, and also loved hearing the stories they would bring back home with them about the reporting itself. So a few years ago while I was visiting them in Seattle I asked them “what would you think about letting me tag along on one of your reporting projects so I can make a comic book about journalism works?” They were enthusiastic about the idea, so we waited for the right time, which turned out to be the end of 2010. Our plan was to go from Southeastern Turkey to Iraqi Kurdistan, and then over to Damascus, Syria, to report on the experience of Iraqi refugees and related fallout from the Iraq war.

I was there to document how reporters Sarah Stuteville and Alex Stonehill worked. But there was one more traveler who would be coming with us: a childhood friend of one of the reporters who had fought in the Iraq war in the US Marine Corps. He would be tagging along on interviews and getting to know Iraqis for the first time outside of the context of war, and Sarah would be interviewing him throughout the trip to see how he would reflect on this return to the middle east after four years of distance from combat. Suddenly my simple “reporting on reporters” project had become slightly more complicated.

Here’s a teaser page to show you a little bit of what I’ve been working on. More coming soon! 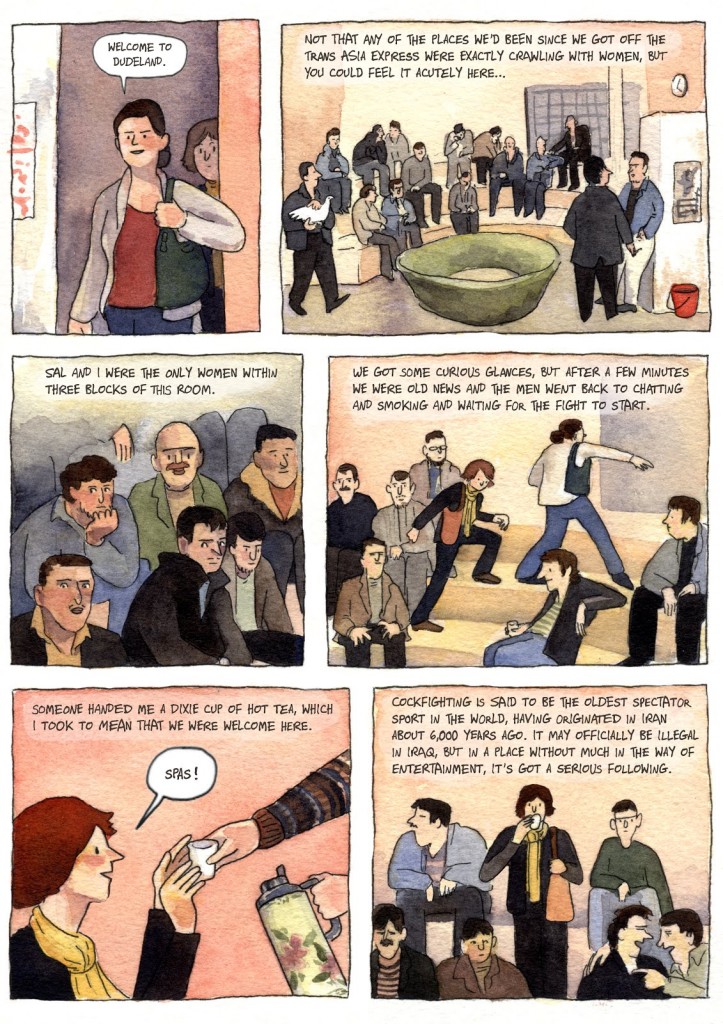 4 thoughts on “Rolling Blackouts: Coming in 2016 from Drawn & Quarterly”