My next book, ROLLING BLACKOUTS, follows two journalists from the multi-media collective the Seattle Globalist. I shadowed them over the course of two months back in 2010 in Turkey, Iraq, Lebanon and Syria, and my book will be a look at the work they did there. One of the major projects they were working on while we were there was the fascinating and tragic story of Sam Malkandi, an Iraqi Kurd who made it to Seattle, WA with his family as a refugee, only to be deported after 9/11, when he was accused of being involved with Al Qaeda.

While we were in Sulaymaniyah, Iraq, I watched journalist Sarah Stuteville (whose character in Rolling Blackouts is going by her nickname, Sal, in order to avoid confusion) interview Sam for hours on camera. He showed us around his life back in Iraq: we visited his home, met his family, and got to know his city. The Globalists’ reporting on Sam’s story continued back in Seattle, and a few years later, their documentary, BARZAN, was finally complete and began making the rounds in the film festival circuit, picking up laurels and accolades across the country (and abroad as well!)

So now, BARZAN is available to the rest of us! You can check it out on iTunes, Amazon, or cable VOD right now! For me, it was an amazing experience to see this moving, complex film after having been there during a big chunk of its reporting. I’m really excited that its out there in the world.

For the documentary’s online release, Drawn & Quarterly posted a sneak peek on their blog:

It’s officially Fall 2014, which means we are officially one year away from Sarah Glidden’s original graphic novel for D+Q, Rolling Blackouts. As she works diligently away finishing the book, check out this page fromRolling Blackouts where Sarah and journalists from the Seattle Globalist meet Sam Malkandi… 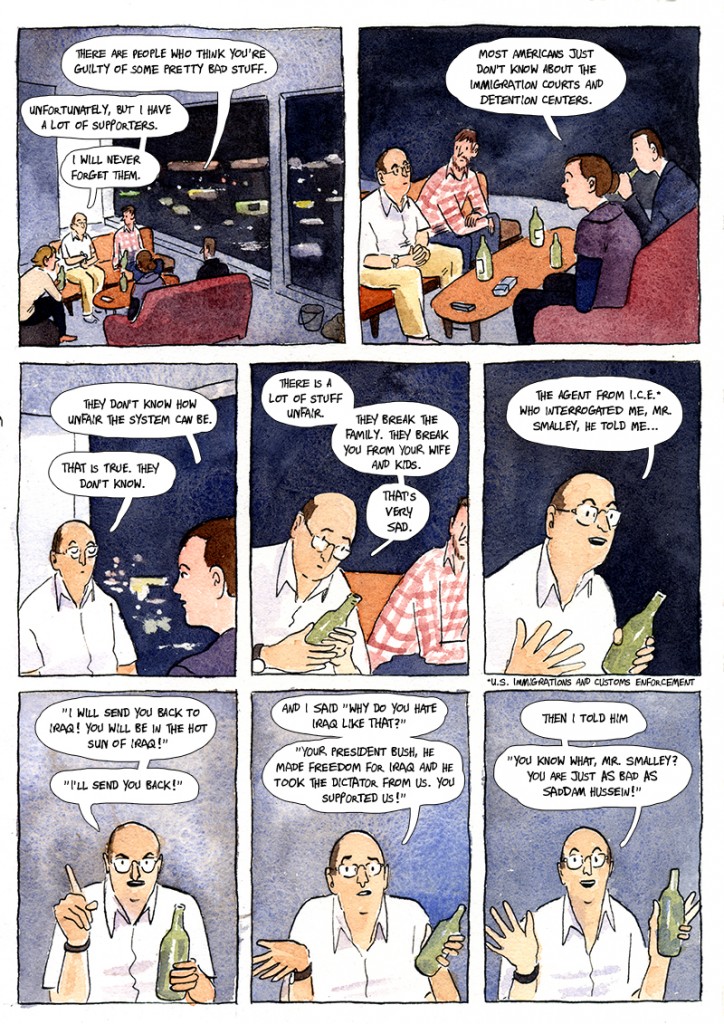 And here’s the trailer for the film!